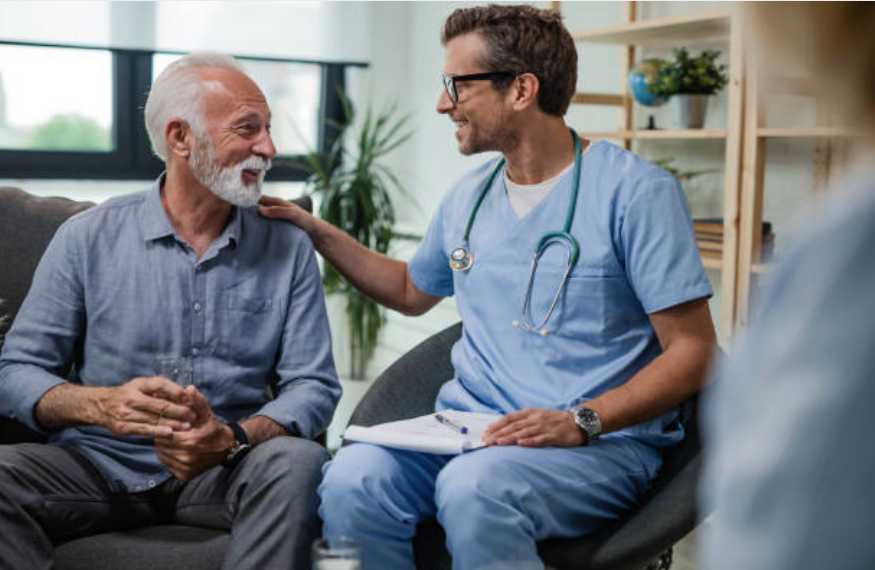 Caring for the nation’s service members has never been easy. Providing world-class medical attention for the men and women of the Armed Forces from the front lines to the hospitals and clinics of the Veterans Administration (VA) is a daunting task that entails massive logistical and data hurdles.

The undertaking is a “Herculean task,” according to Stu Rabinowitz, Chief Technology Officer for CCSi, which has helped the VA and DoD modernize the MyHealtheVet system. To Rabinowitz, the decision for the VA and DoD to integrate EHRs is a smart move that speaks to both organization’s desires to provide “continuity of care from the battlefield to becoming a veteran.” As a soldier transitions from active duty back to civilian life, he says, “Your health record should come with you.”

Improving clinical care. “By integrating records, you improve the ability to diagnose and treat conditions,” he says. When the DoD and the VA, two large organizations, decide to integrate their records, healthcare providers gain a more complete picture of a patient’s healthcare history as they move from the care of one organization to the other. Integration of records and the sharing of information makes for more informed caregivers on both ends. “It would be nice for your physician to have the total picture of what’s going on.”

He illustrates the power of integrated records, saying that it will increase diagnostic and treatment options. “Take, for example, a patient exposed to a parasite,” says Rabinowitz. “With an integrated electronic health record it is more likely that the symptoms of the exposure (along with history on how the exposure occurred) will be documented.”

Improving access to care. “By having integrated records, vets have a better chance of getting to the right providers with the right information and getting treated quickly because they have all the information,” says Rabinowitz. This underscores his assessment of the integration being about “continuity of care,” as a patient with full access to his or her files will be afforded more control of the process.

Rabinowitz points out the power of Blue Button, the VA’s tool allowing vets to access all of their care data. He says that, “By having Blue Button, it’s giving vets the ability to get treated quickly,” and that integration keeps multiple doctors in the loop. A patient can be prescribed a certain medication or be given specialized care and have that information translate across multiple practices, all around the world. It works both ways, as well. Rabinowitz notes that “A soldier who has received treatment within the VA and has been called back to active duty is more likely to receive accurate care if the records are complete and accurate.”

Efficiency. The DoD and the VA both grapple with a unique patient group: soldiers deployed around the world. Unlike many other practices, whose patients largely stay put, both the DoD and VA need to be able to transfer complete and up-to-date files on patients transitioning from active duty to civilian life, which can entail moving halfway around the globe.

When a patient’s medical records are integrated across multiple providers, Rabinowitz posits that “providers will be able to increase their diagnostic and treatment options.” he writes that the integration of records vastly improves the VA and DoD’s ability to do this, saying that “a provider is more likely to provide treatments that are consistent with the trauma the patient experienced (e.g. if a patient loses a limb on the battlefield, the electronic health record will provide full documentation on how that trauma has impacted the patient).”

Benefits for all. Because the DoD and the VA are such large organizations, Rabinowitz says that this integration effort will have far-reaching benefits that impact many other healthcare consumers. “As integration gets better and patients get accustomed to it, it’s going to inform the market,” he says. The research that has been done around integration as well will spill out to a larger audience.

With the case of Blue Button, Rabinowitz says the VA and DoD have been doing “extensive work and research on how to make that work efficiently and securely.” They have addressed many of the privacy and security concerns that the industry faces, and those pushes in research end up transferring over to the public. “By promoting innovation (using its own systems),” he says, “both the VA and DoD are driving new capabilities and innovations.”

How Large a Problem are Provider Administrative Costs in Health Care?

To be results-driven innovators of solutions that bridge the gap between payors and providers.  We will deliver the highest quality solution that deliver optimal value through our commitment to excellence in performance.

To ensure that our expertise in services and software solutions; optimizes workflows, improves processes, resolve problems and maximizes the growth potential of our client partners.

ARC Healthcare is an organization founded on principles to deliver services with compassion, integrity, high ethical standards and transparency in our business practices.

To be results-driven innovators of solutions that bridge the gap between payors and providers.

ARC Healthcare is an organization founded on principles to deliver services with compassion, integrity, high ethical standards and transparency in our business practices.